My Shizuoka 3B-V Vertical machining center was built in 1985 and originally had a FANUC 6M Control. The control was very antiquated and difficult to program. The machine has a 28” X travel, 15” Y travel and 16” Z travel. It weighs in at about 11,000 pounds.

It’s a really well-built machine and I wanted to modernize it with a PC-based control. After searching the Internet and looking through several CNC machining  forums I decided to work with CNC4PC for this conversion.

The original control system components and wiring were completely removed and replaced with components purchased from CNC4PC.

I retain the original FANUC servos and encoders.

A fourth axis was configured using a stepper motor and drive from CNC4PC. This 4th axis can be used for regular milling or laser cutting (which I will discuss later).

I chose MACH3 for the control software. I retain the original FANUC servos and encoders. Mach3 runs on a 21-inch “all-in-one” touch screen computer running windows 10.

Below are a couple photos and vidio of the 4Th axis 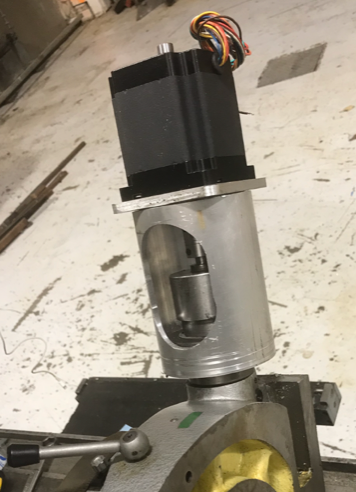 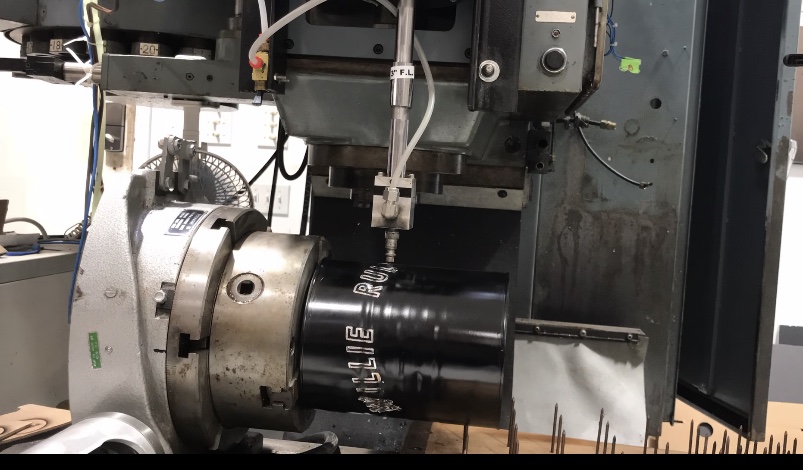 After the conversion was completed I decided to add laser cutting capability to the machine.

My first CO2 laser tube installation utilized a Series of mirrors. The alignment was Difficult and each mirror absorbed 1.5% of the laser power. I decided to eliminate all the mirrors and mount the laser tube vertical with the laser beam pointing straight down at the workpiece with no mirrors to align. The laser tube is 73 inches long so my high ceiling made this installation possible.

And last but not least, I’d like to thank my son Mike for his patiences with my unending electrical related questions.